back to search results

Timothy Powell, a.k.a. TimWes, looks at his own reflection in the computer as he works on music at his home in Fort Myers. TimWes didn't ever think about becoming a rapper until a friend told him he should try it. "The most important part to me, truthfully ? and most people probably don't wanna hear this ? first thing first, it's about the money to me. If I didn't know there was a million dollars at the end of this tunnel, I probably wouldn't pursue it as much as I'm pursuing it." 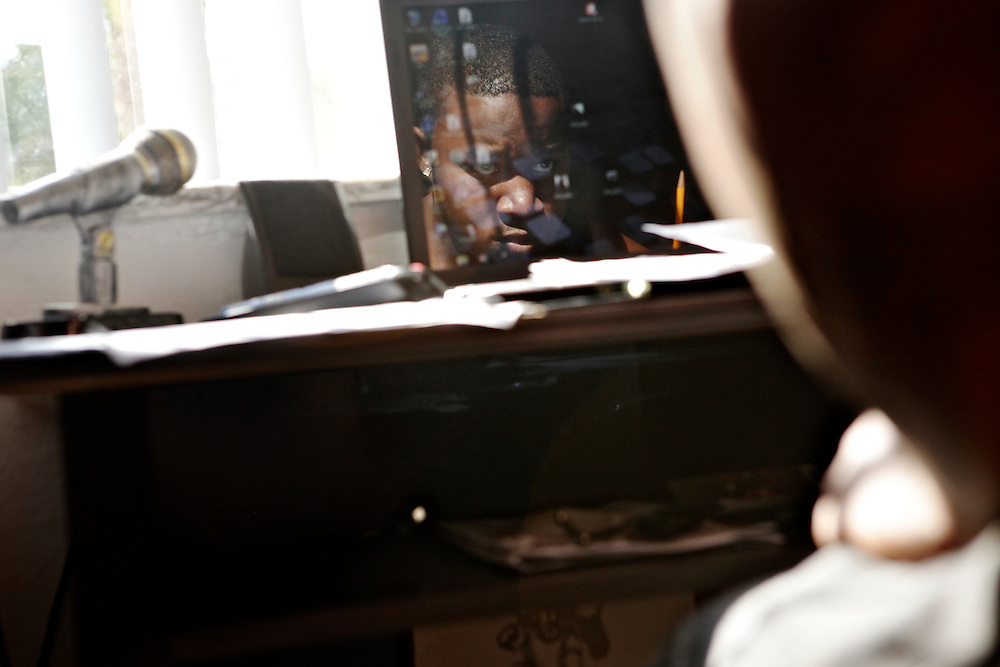